Leona Françoise
Meeting My True Self
Susanne T., 25, Dutch
By Leona Françoise Caanen
Our intuition guides us through life and gives us the opportunity to make decisions that are in our own best interest and represent who we are. The more we listen to this inner voice, the better we can sustain ourselves on life's adventure, no matter what may come our way. When we don't hear what our intuition has to say, or when we forget how to listen, it becomes easy to embark on adventures that aren't meant for us. Luckily, our inner voice speaks to us in more ways than one and when we veer away from choices that represent us, our gut feeling will pull every trick in the book to get us to listen – it will scream, kick, cry and send worries through our whole system to signal that the path we're on isn't for us. Signals that often confirm a hunch we already felt. When we do follow our inner compass, the more we listen, the easier it becomes to understand and tune in with it in future decisions. It's a journey that we are on our whole lives and like a muscle, we must continuously use while on our own adventure.
The adventure that put Susanne in touch with herself, that made listening to her gut feeling easier, was deciding to drop out of university after three weeks. While Susanne knew she wanted to study psychology, her grades weren't an accurate representation of her intelligence and therefore not up to par for the Dutch system. Unsure about what else to do, she decided to attend Hotel School in the Netherlands instead. Before leaving her current home in Bahrain, a place that held many of her family and friends, Susanne felt minimal excitement about embarking on this new adventure. There was no desire to meet new people, nor was she interested in the 'college experience'. Disregarding her inner feeling of not wanting to go, Susanne got on a plane to the Netherlands and started her university adventure. But throughout those first few weeks her anxiety and lack of enthusiasm only continued to grow – the more time she spent at university, the worse her anxiety got. Eventually, after too many weeks of too much anxiety, Susanne's parents flew her back home.

The idea was to spend a week there, find some calmness, reorganise her thoughts and head back. But have you ever been so sad, so upset about something that your whole being is shaking? That all you can do is cry and cry and you wonder how this many tears fit in your body? Susanne's endless river of tears and anxiousness, alongside the fact that she hadn't packed, checked-in
nor would ever make it on time to the airport the evening of her departure, a new reality started to sink in: Susanne would not be going back to Hotel School – not this week, not ever. The only condition, required by her mom if Susanne was going to stay, was that she would have to see her therapist.

Sometimes we need someone else to give us a little nudge, a push into the direction that'll give us the space and the tools to reconnect to ourselves. When we're surrounded by loving people, like Susanne is, we are fortunate enough to have them accompany us on our life path. While the initial nudge came from her parents bringing her back home and her mother insisting she'd go to therapy, it was Susanne's therapist that confirmed her own hunches. After multiple tests, Susanne's therapist diagnosed her with depression. Instead of feeling worried or more anxious, a wave of relief washed over Susanne. It felt as if someone had finally confirmed that which Susanne had been feeling inside for quite a while. There was no surprise, Susanne was merely grateful that someone else recognised and acknowledged that which her gut had been telling her all along. Having hopped on the train of confirming gut feelings and listening to what her intuition had to say, Susanne ended up switching to a different therapist shortly after her diagnosis. This small yet significant decision, encouraged by her inner voice, to switch to another therapist was immediately proven right as Susanne felt her new therapist much more aligned with how she wanted to go about healing herself. 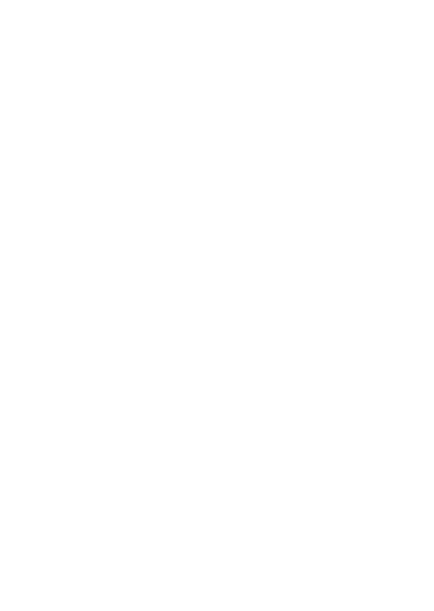 Instead of going along with, at the time, society's negative stigma about therapy, Susanne saw it as a tool to get reacquainted with herself. Spending close to two hours in each therapy session with someone who was equally as invested in Susanne's road to re-self-sustainability. Therapy gave her the time and space to not just connect with, but also to trust herself and her inner voice. Suddenly there was the opportunity to no longer have to figure everything out in her head, something which can be incredibly challenging. Instead, therapy became a space where she could share all her thoughts without worrying what someone will think: to be able to share in a space where someone listens to you and can say "that sucks, what can we do?" At the time, although love was present, support and understanding were lacking from Susanne's life – both from her family and friends. But sometimes our closest companions aren't where we need to seek support. Sometimes we need advice or a reality check from an unexpected or external acquaintance. Therapy played this role for Susanne.

What was so beneficial of diving into therapy and trusting someone outside of her support system, is that it has given Susanne the opportunity to, once again, hear and understand her inner voice. The one that tells you when something is wrong or right, even when you cannot justify it in rational terms. It's this inner voice that recognises when an event or an adventure is the right one for us or whether it will lead us astray from our own journey. This gut feeling can lead us to have important conversations with unexpected people, which is precisely what happened a while later when Susanne was looking to go back to university. Having applied to a psychology program in Paris, the deadline for paying the deposit was fast approaching and Susanne still hadn't made a decision. While she had therapy to deep dive into why she wanted to go and her parents for encouragement, a final decision hadn't yet been made. Spending the evening with some friends, it was an unexpected non-close friend who said to Susanne what she needed to hear – that she should get out of their town and go to Paris – something that helped Susanne realise what she really wanted. A few months later, albeit in the last possible moment, paying the deposit from her mobile phone while out with friends, Susanne realised that this new study adventure was something she one hundred percent was choosing for herself. There had been no influence from society, which expects you to go from high school to university, there had been no dear friends pushing her to pursue something, and even her parents had taken a step back and allowed Susanne to figure this choice out by herself. That same evening, when Susanne came home and told her parents she had decided to go to university again, she asked them why they hadn't encouraged her or mentioned the deadline. The wonderful thing about growing in ourselves and taking the time to do so, is that it also affects the people in our direct environment. Susanne's parents had understood that this decision needed to be Susanne's alone – she had to listen to her gut feeling without the influence of parental expectations or insights.
Out of all the different tools and inputs Susanne used in making the decision to leave Hotel School, to come home and invest time in herself, followed by deciding to attend university once more, patience was the most significant one. Besides her therapist, Susanne's lack of support from her environment confronted, and in a strange way, encouraged her to really listen to herself - to give herself time and space – a tool that has made all the difference. To be patient while you are growing and becoming re-acquainted with yourself. Growth takes time and figuring out how to sustain this bloomed version of yourself in a healthy and wholesome way requires patience. You know yourself best and what it is that you need, no one else can provide that for you the way you can. Susanne gave herself space to figure out how to grow and sustain herself – working to listen, once again, to her inner voice.

Sometimes finding our path and finding ourselves happens by taking the unconventional route. Since deciding to attend university in Paris and studying psychology, Susanne has gone on to complete her master's degree in London and has now, after a tedious and lengthy job search, found work that is a good match. In her professional path Susanne didn't settle. Her gut feeling told her to keep trying, to only go for something that would stimulate and excite her. It has become clear that this unconventional path with many twists and turns, from going to university to now having a master's degree and a job, is not unique to her educational and professional journey. This listening to the gut, even if it can be a winding road, has translated into other parts of her life as well. Life's day-to-day adventures and companions are filled in and filtered by her gut; to listen to what feelings people and things she surrounds herself with give her. Susanne knows which individuals are good for her personal well-being because her intuition will tell her, and in turn, her radiant energy will draw these people onto her path.

Susanne's journey of feeling and embracing uncertainty, of daring to come home and start over, and not being afraid to deep dive into herself and discover where her anxiousness and fears were coming from, and to spend time on this over and over again, has led her to become very self-sustainable. Susanne knows when she's doing things that aren't good for her and dares to confront them, to work on shifting away from them. She knows when she needs a friend or a parent to talk to about her sadness and frustrations, as well as knowing when she wants to share her excitement for life, for work, or anything else. What is most healthy, however, about Susanne's knowledge of herself, is the fact that she knows when she needs time alone to tune in with her inner voice, and to not be afraid to say so. Susanne is transparent with herself. She knows when she's doing things that are a representation of who she wants to be and when they are not. It's the realisation that she's not only in charge of her life, but also responsible for it. 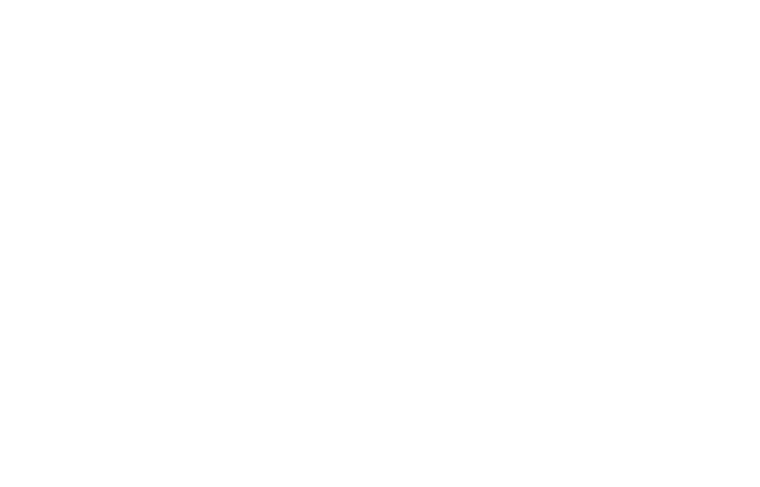 Sitting across from someone so self-aware, so radiant and energetic, I feel lucky and humbled to call her my dear friend. The amazement of how in touch she is with herself, how much she has grown and moulded herself these last years into someone she enjoys being, most of the time, makes anyone she comes into contact with want to embark on the same journey for themselves. Her energy and the way she so honestly shares all sides of herself both humbles and empowers me and those who know her to connect more to our inner voices and to better listen to our gut. To have someone around who can say when they're doing great but also when they're having a rough time, positively affects the energy of the whole room. Susanne creates the space and comfort that she gave herself for other people, giving them the opportunity to dare to take time and be patient with their own growth.
Leona Françoise
Portfolio | Vocal | Medium
Made on